For my 13th birhtday I had a Mall Scavenger Hunt! Me and my friends love these so instead of questions, we had to take pictures!

INVITATIONS: I got thick white paper and pink paper, so white was on the front and pink was on the back then centered it in the middle and wrote, what? Where? When? Time? R.S.V.P then I put little ribbons on the sides and gave them to my 3 closest friends. The more people the better, but my moms car only fits 5 people including me and her.

DECORATIONS: My favorite color is pink so I blew up tons of pink balloons and put them in my living room. I set aside 4 balloons that had what team you would be on or the mall scavenger hunt. When my friends arrived we got into 2 teams of 2, using the balloons.

Some of the pictures we had to take were, hiding behind a tree or bush, trying on sunglasses, with a hot topic employee, trying on a prom dress, trying on a teen boys t-shirt, posing with Cat von De makeup from Sephora, playing a video game, , with Justin Bieber merchandise, with the dolphin pillow pet, posing with a manequin. Most of these pictures were really funny!

My mom and I wanted it to be long, so it would be lots of fun so this lasted about 3 hours. We even had bonus questions! Ex. Getting your hair done at a kiosk, or getting your makeup done from nordstrom.

To choose the winner each right picture was worth a point, and we actually had to choose the winning team by the bonus questions! My team won by 2 points. We then went to fresh choice or dinner, then went back to my house for a sleepover.

ACTIVITES: Instead of decorating T-shirts, we did pillow cases! This was a lot better so you don’t have to guess your friends shirt size. We played wii karaoke. It was really fun and it even turned into American Idol! (Me and my friend were in the top 2, so we both won!)

GAMES: We played hide and seek in the dark which was really fun, but instead of outside it was inside and only the person who was 'it' had a flashlight. (My mom was in her room the whole night so we had the house to ourselves!)

PARTY SNACKS: On a table I had a bunch of bowls and plates with chocoalte strawberries, cheetos, pretzels, and a bunch of other food so we don’t go hungry.

CAKE: I don't like cake that much, so instead we hade an ice cream sundae bar! We set up the ice cream, and a bunch of toppings like m&m's, and chocolate syrup, and whip crème.

COSTUMES: Before the party, I told my friends to bring a dark pair and a white shirt, then my cousin came over and took professional pictures of all of us so we could print them out. By 11pm, we watched movies and stayed up until 3am, then in the morning we had cheerios instead of a fancy breakfast, then actully that's I opened my presents. By 1pm the girls left.

FAVORS: We gave them their pictures, candy, and body lotion in a little pink bag. This party was a HUGE sucsess, we still talk about it to this day. I hope this helped people plan their party! 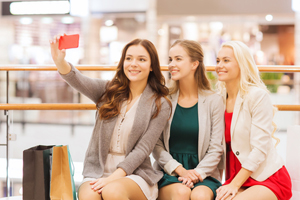