The Hunger Games Party - Painted & Ur Out

The book 'The Hunger Games' is about to be turned into a film and a few days before it comes out, it was my birthday! I don't have too much money to work on, so this is a good party if you're on a tight budget!

INVITATIONS:  For the invitations I found a website that does lots of free printables. I also used the mini flags with quotes on for the drinks straws.  The invites came in an envelope with the capitol sign on it that I printed from online, and had a little white square of card with 'TRIBUTE' written on it in big red letters.

DECORATIONS:  I didn't have to do much for decoration but it was all in my garden, there was a pretend bird on a tree that represented the mocking jay, and a polystyrene tracker jacker nests and also some flowers that repressed rue. There were no lights outside unless you managed to get a torch from the cornucopia, and there were booby traps like netting hanging from a tree, or a shallow hole filled with leaves, or my dog. ( If she counts, she doesn't do much)

COSTUMES:  For the dress code I asked everyone who their favourite character was, and then wrote that on the invite, everyone came as their characters, and I was Effie Trinket because I love her crazy dress code. It was a blond curly wig with pink spray dye on the bottom, a dress my Grandma made for the party, and some very, very, high heels. My friends came as Katniss Everdeen, Peeta, Primrose, Rue and Haymitch. It was funny considering they were all girls if you have an endless budget you can buy the $130 arena jacket, or do what my friends did and wear modified black jackets. I changed into some classic tribute gear later on so I could take part in the games without ruining my dress. When we got outside I told my mum to lock all the doors and windows and only open them if I rang them in case of emergency.

FOOD: The food was put in containers and but in little bags from the pound shop. There was bread with cream cheese ( two guests don't like goats cheese) and sliced apples on top, bottles of water, Candy berries ( Poisonous berries) Cookies from Peeta's dad, and coal cookies. The coal cookies where just biscuits with a lot of black colouring and instead of being rolled out, they where just scrunched up and thrown into the oven. Everything was placed around my garden except for little glass bottles of orange juice with flags that said things like 'Tribute' or 'Katniss, the girl who was on fire' on them, they where handed round incase someone stole all of the water There was hot food just before we went out, Lamb stew and rice, ( and Vegetable for my vegetarian pals).

GAMES: There was a cornucopia made from dried willow from the park, making tape, mod rock and gold paint. This held backpacks, more water, dried food, and two 2 person tents, and also toy bow and arrows and wooden swords and shields, (mainly my little brothers). I downloaded the advert and took the clip of the countdown and removed the music. We all stood around the cornucopia until the countdown ended, and we all rushed for the supplies, there were more supplies hidden in the garden too. The rule was, survive the night.

Everyone had a small brush and container of red paint, if you got any blood on a vital part of your body you had to sleep in the tribute tent, ( an 8 person tent we use for camping) that had more food, lights, drinks and warm blankets. If the blood hit your heart, throat or forehead, then you were out. The Victor, who happened to be my friend who was dressed as Katniss won. Everyone got a prize of chocolate rocks, and Katniss got a mocking jay pin, which are £15 in England.  After Katniss was declared winner, we all went back inside and had a victors breakfast, which was pancakes with a variety of syrups, (50p to £1 each) and fruit and orange juice and hot chocolate and sweet bread. Everyone had a chance to shower off the mud and paint, and they could keep anything they had left from the cornucopia except the largest torch ( my dad uses for work)  or the tents.

CAKE: The cake was a mix of the game, my grandma made it for me, and it was beautiful. It was the district twelve sign sculpted with fondant, with candy berries on it (poisonous berries) round the edges, and had a tiny bow and arrow, and a mocking jay pin made from sugar paste on the side. The cake was chocolate on one half, and vanilla on the other, to accompany this was more coal cookies from the district 12 mines.

FAVORS:  The favors were in little silver boxes with red tissue paper inside, there were yet again, coal cookies, and a rubber bracelet that had 'TRIBUTE' written in red on it and a paper scroll that said 'May the odds, be ever in your favour'. There where other candies from the film, candy berries, sugar discs from district 12, coal cookies and chocolate rocks. In a separate bag was an extra slice of cake.  This party was amazing, even if the dog burst into my tent halfway through the night and ate every last scrap of food I had. All together it cost about £60-£80. 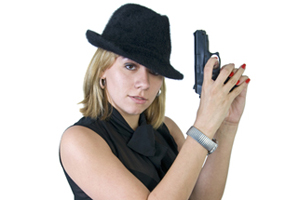